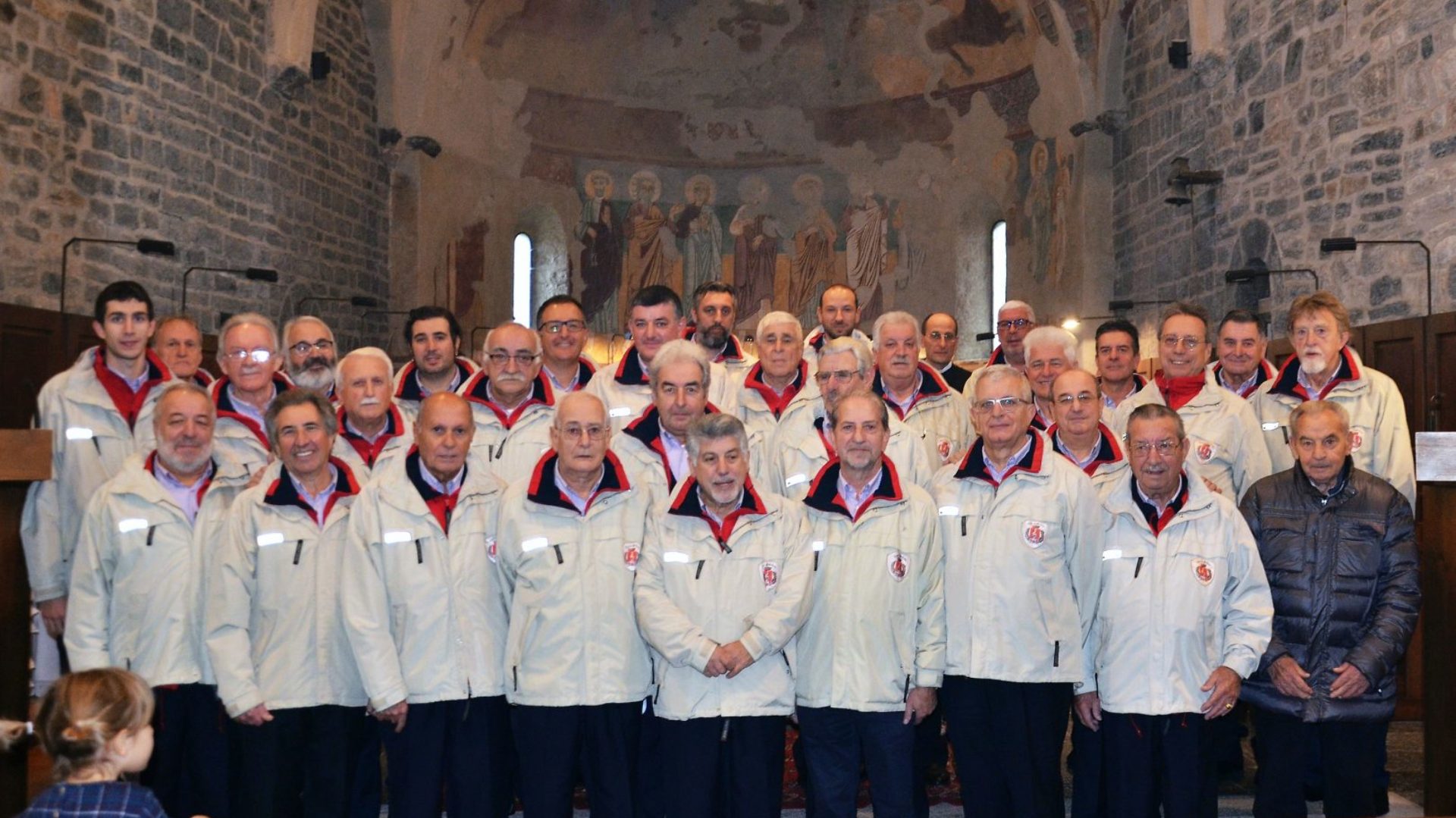 The Choir «Delphum » (Latin name of Dervio, a small town in the province of Lecco, in Lombardy), was born in 1998 on the initiative of some choral lovers who spent their summer vacation together on the mountains of Como Lake. It is a male choir singing mainly “a cappella” and it is currently composed of thirty singers. The Coro Delphum sang in several Italian regions and in several European countries (Germany, Czech Republic, Romania, Republic of San Marino, France, Ireland and Spain). In 2008, on the occasion of its tenth year of foundations, he participated at the General Audience of Pope Benedict XVI. In 2009 he recorded his first CD entitled “…cosa importa se g’ho le scarpe rote?…”.(…what if I’ve got broken shoes?). In 2015 he published a second CD titled “Amici miei”(My friends). Since 2009, the Coro Delphum represents the Province of Lecco in the “Settimana del canto Lombardo”, a week of concerts in which popular songs of the various provinces of Lombardy are offered in order to keep alive the popular choral tradition. In 2011 it received recognition for “Choir of national interest” by the Italian Ministry of Cultural Heritage. The Coro Delphum promotes concerts and initiatives for charity and regularly attends Institutes for the disabled and nursing homes for the elderly. At Christmas time, it organizes the Choral Review «Un canto per loro» (A song for them), the proceeds of which are intended for the most needy, so that the passion for choral singing becomes an occasion for solidarity. In summer, the choir organizes a Choral Festival «Un canto tra amici» (A song between friends) to which choirs met during the musical season are invited. The repertoire of the Coro Delphum consists of Italian and foreign folk songs, author’s songs, Alpine songs and religious songs. The President of the choir is Stefano Tagliaferri. The Choirmaster is Gianfranco Algarotti.